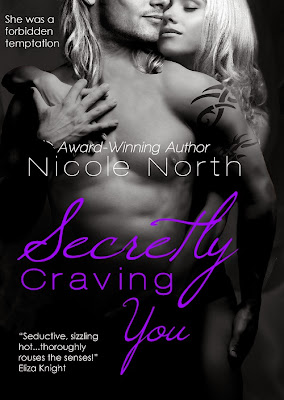 Reviews:
"From the opening line to The End, I was completely in love with Nick Sullivan! He is one hawt alpha hero, but also completely in tune with Emily. Nick and Emily have wanted each other for a long time (love their background!), and now forced to be together because of a pyschopath, they finally give in--and oh my is it steamy! The love scenes are emotionally satisfying as is the entire story. A nice "anytime" escape. I can't wait to read more in this series!" Eliza Knight

"...it has all the things most of us crave in a good romantic read, from suspense and danger to the good lookin' man...one hot read!" A.J. Fox

"From the opening quote to the final kiss, I couldn't put it down. Intense tension building to electrified passion - Ooh -la-la!! Something about those Southern Bad Boys! I love a heroine with intelligence and a quick wit. It adds to her charm and strength making for a riveting tale of murder, magic, psychics and psychotics. Coupled with a too-hot undercover cop and stolen artifacts - oh, yeah, I'm there! Action and intrigue, really steamy, hot love scenes, Emily's little secrets and Nick's amazing sensuality - Whoo!! Who would have thought wedding planning could be so hot?!" J.M.L. Smith 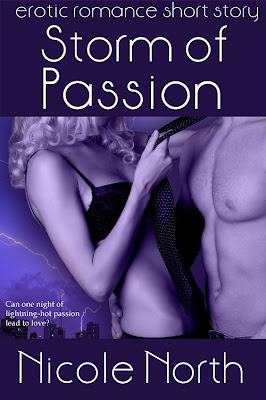 Seth Forester has wanted Lori Hollingsworth from the first moment he saw her in that hot pink bikini two years ago. And it’s no secret that Lori has a crush on Seth. The scorching kiss she gave him at a party a few months ago confirmed it. But if he gives into his urges and pursues her, he could lose his hard-won career. Lori is the boss’s daughter, and Seth has already been warned to stay away from her.

When Seth finds Lori upset after a date gone wrong, and a thunderstorm fast approaching, he has little choice but to take her to his condo. Though they’re both drenched to the skin, their attraction heats up like the lightning outside. No matter if his boss kicks him to the curb, Seth can no longer resist Lori. It’s not just her body he wants, but her heart. 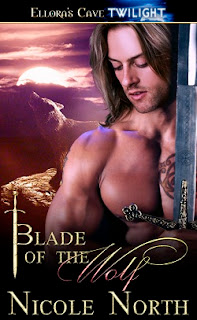 Ronan, immortal werewolf and Scottish Sgian Dubh Guardian, faces his most challenging, yet enticing, mission in centuries. He must protect sexy clairvoyant medium Syrena Ellis from an evil incubus intent on stealing her powerful life force. She awakens a raging arousal in Ronan, but if he gives in to temptation, he will be punished.
Dark and edgy, Ronan captivates Syrena. He is hot, hard and in control, yet his scorching glances and sinful kisses tell her he yearns for her. Even though she’s only a job, she finds a way past his iron-willed resistance. She’s determined to explore the depths of erotic passion with him. They’re unaware that their explosive sexual encounters are providing the enemy incubus with heightened energy, making him almost impossible to defeat.
Syrena’s forbidden desire and scorching lust for Ronan could destroy them both.


"Even with a heat index of scorching hot; the story wasn’t just about the carnal delights. I was surprised it had such a multifaceted, suspenseful plot" Nocturne Romance Reads 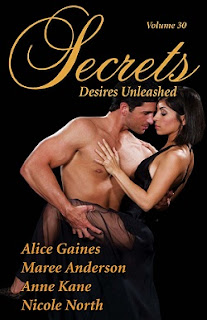 Scoundrel in a Kilt is the third story in my Kilted Shapeshifters series from Red Sage. This series is about three Highland friends who are cursed by a dark witch and become shapeshifters of different kinds. In this third story, the three friends are finally together again as Gavin and Torr try to help Brodie solve his problems.


Brodie, Chieftain of Clan MacCain, is a dark, sensual Scottish scoundrel who loves nothing more than being a selkie shape-shifter, even if he has been cursed by a witch of the dark arts. Stunning modern day supermodel Erin Schultz blazes into his 1621 world like a falling star. Though he’s certain she will shatter life as he knows it by breaking his curse, he can’t resist her tantalizing seduction.


Excerpt (age 18 or over only please)


Brodie, Chieftain of Clan MacCain is a dark, sexual scoundrel living in 1621 Scotland. He loves nothing more than being a selkie shape-shifter even if he has been cursed by a dark witch. He embraces his selkie powers and their sensual lifestyle, but his human clan disapproves.

After a high fashion photo shoot in the Scottish Highlands, modern day model Erin Schultz is trying to recuperate from one of the worst days of her life when a hot, kilted warrior invades her dreams. He inflames her desires but refuses to satisfy them. In the next instant, she finds herself stranded on an icy rock in the dark ocean. The delicious Highlander from her dream comes to her rescue, but this time he’s far more than a fantasy.  He’s real and he’s naked. When he accidentally gives her a lust potion, will he appease her intense arousal or leave her in torment?

Because of a past betrayal, Brodie dares not trust another woman, especially one as beautiful, spellbinding and wanton as Erin. If he takes her as he yearns to do—as she begs him to do—will he no longer be a selkie? When Erin realizes she has time-traveled four hundred years into the past, a time of powerful witches and barbaric enemies, she’s determined to return to her normal life in present day. Though leaving Brodie will devastate her, she can’t give up her dreams, ignore her responsibilities or go back on important promises she’s made. By giving her what she wants most, will Brodie destroy himself?


Cox Club – Alice Gaines
At the urging of her best friend, Andi Crawford visits an exclusive club in order to find some sexual satisfaction after her divorce. The last person she expects to find at a place like Club Cox is her overbearing ex-husband, Blake. But, he’s there and as tempting as ever. Can she maintain her independence, or will she surrender to the intense physical pleasure only he can give her?

Kat On a Hot Tin Roof – Maree Anderson
Workaholic architect, Jace Burton, inadvertently flashes Kat Meyer, who later turns up at a crucial meeting…and seduces him in the bathroom. She’s one of the designers vying to impress him. And boy, is he impressed to discover her prowling his house—naked. Kat has no clue what’s causing her nocturnal wanderings. And when Jace discovers she’s the victim of a zodiac curse, will he fight to keep her, or run for the hills?

Kellen's Conquest by Anne Kane
Orphaned as a child, Mia’s most cherished dream is to settle down and have a family of her own. Kellen may be the sexiest man in the known worlds, but he’s AlphElite and when they settle down, it’s with one of their own kind. When someone sets him up to kill her, Kellen decides to kidnap her and keep her by his side until he’s sure she’s safe. They traverse the stars, stopping to fight off a sentient reptile and enlist the help of Kaelin’s teammates to find out who wants her dead, and more importantly, why. 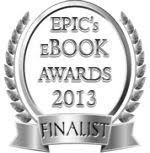 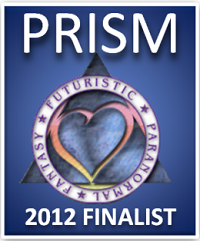